The Marceli Nencki Foundation for the Support of Biological Sciences is a non-governmental organization that conducts public benefit activities. The statutory goal of the Foundation is to support scientific, popularizing and educational actions in the field of biological sciences. The Foundation addresses its activities primarily to pupils, students and young scientists, wishing to bring biological sciences closer to young people, to encourage them to creative development. Close cooperation with the Nencki Institute and promoting its scientific heritage results in many joint initiatives, such as: Foundation Lectures, Workshops, Study Visits, Art & Science and co-organizing scientific conferences.
Foundation inaugurated its activity on November 14, 2012. The founders of the Foundation were professors from the Nencki Institute, members of the Polish Academy of Sciences and the Polish Academy of Arts and Sciences. 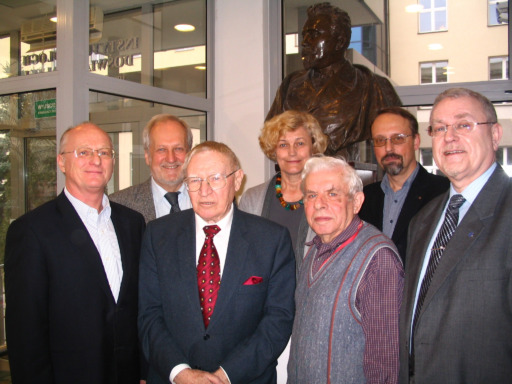 The Marceli Nencki Foundation for the Support of Biological Sciences was established by a notarized deed on December 19, 2011 and entered by a court decision of March 26, 2012 in the National Court Register.