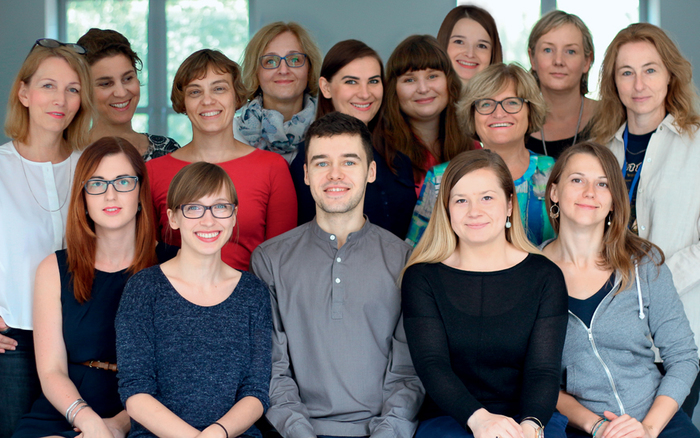 We are interested in the molecular mechanisms of cell senescence, which is considered as an irreversible arrest of cell proliferation involved in normal and pathological ageing of the organism. Senescent cells remain alive and metabolically active. They secrete a mix of molecules which can influence other cells. We are interested whether these molecules are secreted in exosomes and how they change the function of the immune cells. Senescent cells can also communicate with other cells by cytoplasmic bridges which are of our interest. We study the mechanisms of cell autophagy and its molecular and functional connection with cell senescence. DNA double strand breaks (DSBs) triggers a signaling and effector pathway known as the DNA damage response (DDR) that coordinates cell-cycle arrest and DNA repair. It is believed that persistent DDR signaling establishes cellular senescence. Our studies indicate that this paradigm is not valid in some models of cell senescence. Moreover, ATM the key protein of DDR can still have unrecognized role in DDR-independent senescence as well as senescence of non-dividing post-mitotic (neuronal) cells. In senescing human VSMCs we aim to dissect the role of epigenetic modiﬁcation and compaction of chromatin. Cell senescence can be also induced in cancer cells as an outcome of anticancer treatment. As we showed previously that the process of cancer cell senescence can be reversible we are interested in dissecting the mechanisms of divisions of cancer cells induced to senescence and the role of polyploidy and stemness in this process.

The projects are aimed to dissect: