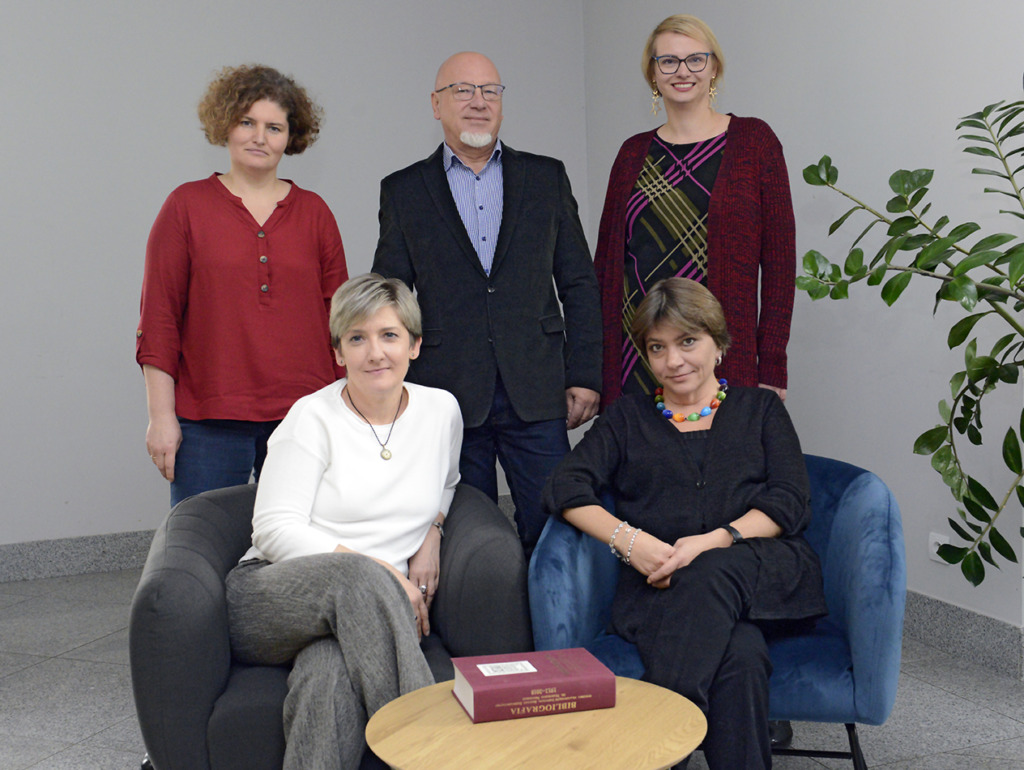 The Library was founded together with the Institute in 1918 and was originally located at 8 Śniadeckich Street, Warsaw. The main collection contains books and journals of the Libraries of the Hydrobiological Station in Wigry, of the Sea Station in Hel, of the Biometrical Department in Warsaw and the library of Biological Station in Pińsk. In September 1939, the main collection was destroyed by German authorities. When the World War II ended, both the Institute and the library were rebuilt in Łódź, and remained there until 1954, when they relocated to the current address in Warsaw.

Nowadays, the library gathers books, periodicals, CD-s, microfilms and old prints. The methods of acquisition are purchase, subscription, exchange, gifts and others. The collection amounting to 24.122 volumes of books also includes 620 doctoral and postdoctoral theses. It currently receives 55 periodicals, including 42 as a foreign subscription. At present, there are 1,486 titles and 50.526 volumes of journals. The library exchanges periodicals published by the Nencki Institute with several contractors in Poland and abroad. The profile of the collection is connected with the following scientific fields: cell biology, molecular biology, biochemistry, ethology, neurobiology and psychophysiology.

• library software – the “Horizon” system
• the number of on-line connections – 9 seats
• cooperation with other libraries: the Polish and foreign libraries of the same scientific profile as well as the group of Warsaw libraries cooperating within the integrated computer system “Horizon” (since 1997 the library has been a member of the Consortium of Scientific Libraries in Warsaw)
• access to many databases: Science Citation Index Expended, Pub-Med, ISI Journal Citation Reports, Ebscohost, CogNet, Scopus
• on-line access to periodicals: SpringerLink, ScienceDirect, Wiley Online, Nature, Science, Ebscohost and journals subscribed to by the library

Since 2011 Nencki Institute Library participates in creation of Digital Repository of Scientific Institutes. The Project: Digital Repository of Scientific Institutes: POIG.02.03.02-00-043/10 is being implemented owing to funds from European Regional Development Fund, The Innovative Economy Operational Programme, Objective 2. The aim of the Project is to create a worldwide available, multidisciplinary, full-text searchable repository of digitalized resources of scientific publications, archival materials and research documentation, as well as digital publications collected from 16 Polish research institutes associated with in the RCIN Consortium. (http://rcin.org.pl/dlibra)  From 2018, the Library of the Institute for the period of 3 years, together with 16 scientific libraries in the country, will implement another project entitled Open Resources in the Digital Repository of Scientific Institutes under the Operational Program Digital Poland for 2014-2020. Materials planned for sharing in the OZwRCIN project are largely unique. Making them available in a digitized form will significantly enrich Polish digital resources. These are books and magazines –  Polish and foreign – from the 19 th and 20 th centuries in several languages. Their subjects include broadly understood biological sciences. Library collections we can present in a digital form, are estimated at over 100,000 pages.

The librarians prepare the annual “List of the Institute employees’ publications”.